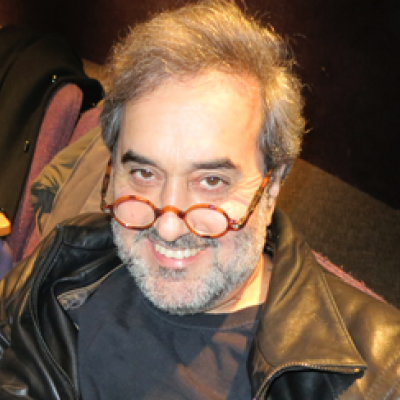 Phil Solomon (M.F.A. Massachusetts College of Art) is an internationally recognized filmmaker and has been teaching both film history/aesthetics and film production at CU since 1991. Professor Solomon’s work has been screened in every major venue for experimental film throughout the U.S. and Europe, including 3 Cineprobes (one-man shows) at the Museum of Modern Art and two Whitney Biennials. Professor Solomon’s films have won 10 first prize awards at major international film festivals for experimental film (including six Juror’s Awards from the Black Maria Film and Video Festival). His films reside in the permanent collections of the Museum of Modern Art, Massachusetts College of Art, Binghamton University, Hampshire College, The Chicago Art Institute, San Francisco State University, the University of Wisconsin at Milwaukee, and the Oberhausen Film Collection. Professor Solomon collaborated on three films with his colleague and friend, Stan Brakhage, who named Solomon’s Remains to be Seen on his Top Ten Films of All Time for Sight and Sound. Professor Solomon is currently working on a feature length series of short films entitled The Twilight Psalms, a cine-poem of the 20th century, and a commission from the Corcoran Gallery of Art in Washington, D.C. to create a six- channel digital installation entitled American Falls currently scheduled to run in the Corcoran rotunda April 10 to July 18, 2010 (with a preview set for Oklahoma City in September, 2008).