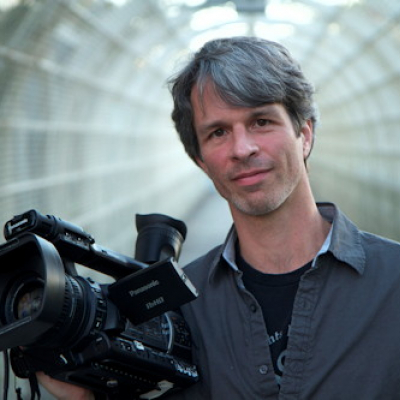 Marshall Curry is a two-time Academy Award nominated filmmaker, and director of Street Fight, Racing Dreams, If a Tree Falls: A Story of the Earth Liberation Front, Point and Shoot, and executive producer of Mistaken for Strangers. Curry has been selected by Filmmaker Magazine as one of 25 New Faces of Independent Film, and was awarded the International Documentary Association (IDA) Jacqueline Donnet Filmmaker Award and the International Trailblazer Award at MIPDOC in Cannes. Three of Curry's films have been a part of the American Documentary Showcase, a program sponsored by the U.S. State Department to share the art and practice of documentary filmmaking with the international community. As part of the Showcase, he has traveled to Israel, Jordan, Kosovo, and Ukraine to lead classes and discussions about documentary filmmaking. He is a graduate of Swarthmore College where he studied Comparative Religion and was a Eugene Lang Scholar. He was also a Jane Addams Fellow at Indiana University's Center on Philanthropy, where he wrote about the history, philosophy, and economics of non-profits. Curry is a member of the Academy of Motion Picture Arts and Sciences and co-chair of Cinema Eye Honors.