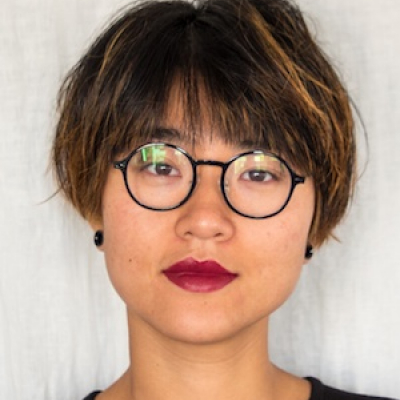 As an immigrant filmmaker who grew up in the American South, Jing Niu (MFA|EDA '14) started creating in a bubble isolated from other filmmakers like herself. She created documentary-experimental films stemming from her experiences—about growing up in take-out restaurants, being an immigrant woman of color in a bigoted environment, and about living a diasporic life. Jing shot her first film on 16mm with a Bolex camera, which went on to screen at experimental film festivals across the world. Her autobiographic film DEPARTING toured prestigious art museums in the South, in an exhibit with the likes of Andy Warhol and Carrie Mae Weems. In 2016, Jing received the Boreas Traveler’s Grant to retrace the footsteps of an unknown Japanese feminist explorer who walked across Japan. Currently based in Los Angeles, Jing spends her time creating films that dismantle the model-minority myth by featuring independent female Asian protagonists.