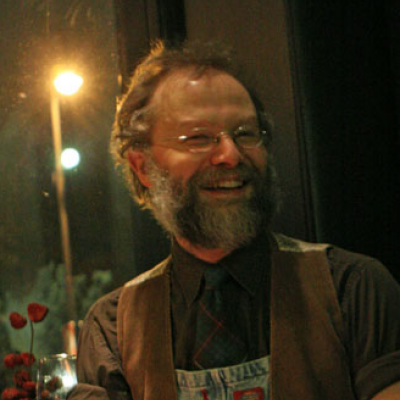 Over the last 19 years, David Gatten (b. 1971, Ann Arbor, Michigan) has explored the intersection of the printed word and moving image. His body of work illuminates a wide array of historical, conceptual and material concerns, while cataloging the variety of ways in which texts function in cinema as both language and image, often blurring the boundary between these categories. These movies measure the movement of desire across distance, and the manner in which words, books, letters and other written or printed communications might both produce and mediate that distance.

A 2005 Guggenheim Fellow, Gatten's films premiere regularly at the New York Film Festival and have been included in multiple exhibitions at the Whitney Museum of American Art in New York City (2002 and 2006 Biennials and "The American Century, Pt. II" in 2000). Since 1996 his films have appeared in over 60 solo exhibitions and over 1000 group screenings. They are screened in film festivals and cinémathèques, as well as exhibited in museums, galleries and off-the-beaten-path spaces connected to both art and poetry communities. A recent Film Comment critics’ poll of avant-garde cinema in the 2000’s placed Gatten within the top ten filmmakers, and included two of his films in a list of the fifty best individual works of the decade.