Rare 35mm screening - not available on DVD/Blu-Ray or streaming!

Sammy and Rosie are married bourgeois Brits who have developed unusual ways to deal with domestic boredom. They allow one another to engage in sexual trysts, live near a slummy working-class section of London and hang out with strange groups of friends, including political extremists and common lowlifes. When Sammy's estranged dad, respectable politician Rafi, shows up unexpectedly, he tries to quell the couple's hedonistic ways...


"Directed by Stephen Frears from a script by Hanif Kureishi -- the team responsible for 'My Beautiful Laundrette' -- 'Sammy and Rosie' has a fierce, scrambled intelligence. In this story about a group of interlocking characters in a London neighborhood on the fringe, Kureishi and Frears rack up all of their views on sex, politics, colonialism, social injustice and rebellion like balls in a game of pool, then send them flying." -- Hal Hinson, Washington Post

END_OF_DOCUMENT_TOKEN_TO_BE_REPLACED 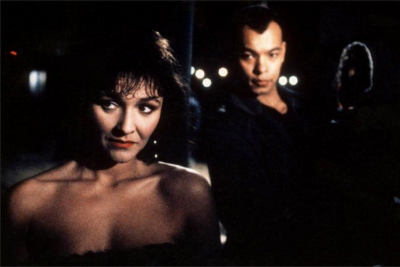